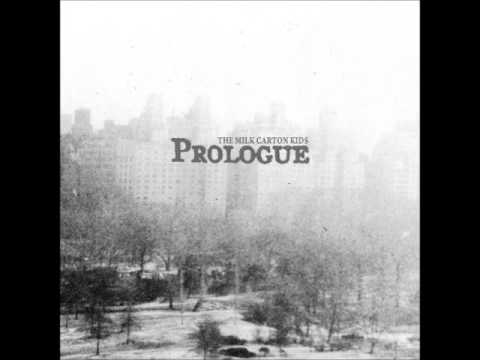 “This time be my only girl/We could undress all the world.” —“Undress the World,” The Milk Carton Kids

If writing is the love of my life than music is my mistress. I suppose it makes sense that lyrics have always been the most important part of music for me. Of course, not just lyrics—that would be not much else but poetry—but the way the lyrics are sung, the crescendos and voice cracks, the harmonies and vibratos and emotions. Music is sound, which writing can never be.

When I am caught in the throes of a musical love affair I often only want to write the lyrics of already existing songs.  I have notebooks full of songs already written, recorded word for word. I would rewind the song until I knew every syllable, until I transcribed it totally, and then would listen to it again, my eyes following the guide I had made. It was time filler, but made my soul feel light.

I don’t know why. Perhaps it’s an expression of obsession, or a desire to recreate what they have done. Perhaps it’s my own way of honoring their work.

Whenever I don’t know what to blog, writing lyrics comes to mind. For split seconds it always seems like a great idea, to share songs I love with the world, but then again, copyright laws, and then again, why would someone read the lyrics when they can hear the song in full with half a dozen keystrokes? I could do song reviews, I suppose, but who am I to say what lyrics mean to anyone but myself?

Lyrics alone do not do a song justice, anyhow. While I love them best, they lose their luster without a singer and a band.

Well, I’m a writer, after all. I shall write my own songs!…but how could I write something more perfect, more capturing of my situation than these songs that already exist? I would get more fulfillment from writing down what they sing, from hearing their cadence until it’s impressed on my mind. And even then, even if I were to write the lyrics of a song and comment on it, I would probably only gush about its greatness. Or, quite the opposite, I would ignore the rest of the song for my favorite line, the one that gets stuck in my head.

Perhaps this is partly why I like quotes so much. Snippets that capture a situation, an emotion, the song they are plucked from in so many words. If only there were a quote to sum up everything in the world. It would certainly make it easier to sing about:

“Witness what I listen. There’s a world here you’re missin’ to behold

‘Cuz if you stand there long enough, you will realize you’re really on your own

Go on hold me

Go on hold me

Writing songs happens either immediately or over several centuries, for me. The problem is that I’ve only had a ukulele for about two years, and I’m not very good at it. The other problem is that I’ve never taken singing lessons, or a real poetry class. I’m relying on prose and high school theatre here, people.

That’s partially why I turned to comedy songs. Comedy songs are usually fast, so there’s no long notes for your voice to get caught on. Also, people don’t mind a semi-bad voice if the lyrics are funny. Bo Burnham won’t be in the opera any time soon. Another reason is because they’re more fun to write.

Also, I guess, my talent isn’t in music, it’s in writing. I wouldn’t want to perform a straight up song, because I’m only an average player. Below average, actually. That’s not worth applause.

I’ve always lived my life in terms of what could be worth applause, so to speak. If I don’t think I’m good at something, I wouldn’t do it. I’d practice until I was confident in it. Heavy research, hours of time, tons of bookwork…isn’t always the answer. Especially in things that require practice.

Practice-based learning is something that I do—alone. Which is why I’ve not mastered a second language. I’m afraid I’ll mess up embarrassingly, so I study the flashcards and all, and end up not speaking that much, which is vital to learning a language. Writing was a similar thing. Now I know you need peer reviewers to write well. I was stagnant through most of high school because I was too afraid to let others read my drafts.

Being an introvert is part of this. I intuitively feel that I do better on my own, that collaboration isn’t a helpful thing to my process, whatever that ‘process’ is. The thing is, that’s not true. Collaboration is what makes the world go round, and gets people jobs and food and love and art…and I just need to break out of my bubble and engage with the humming utopia of collaboration the world has become while I was looking inside myself. I know, I know…what kind of introvert am I? Voluntarily interacting with people more than necessary? It sounds daunting to me too, I know. But I gotta be brave.

After all, there’s a big world out there, and I’m only a tiny part of it.