I’ve been out of work for 2 days and I already miss a strict schedule. Days seem to last so long without 11 hours devoted to work/commuting! Yesterday seemed to last a week, and yet I did nearly nothing.

Not only that, but it’s messing up my blogging schedule! It’s funny, I seem to get more done when I have less time to do it. Otherwise, I just end up procrastinating. Like with blogging; if I have 15 minutes to blog I can write two posts and have them ready. If I have 15 hours to blog, I probably won’t end up writing anything at all.

Strange, strange. Why? I don’t like being a procrastinator. I’ve never liked summer, as a kid. It just feels like such a waste of time. And that sucks, because I spend so much time waiting for it.

I guess I just feed off structure. I’ll grow out of that, probably. After all, the world isn’t organized in little boxes, and time never follows the plan.

Obviously, there are life stages. Teen years, puberty, middle age, and so on. However, I submit to the jury that there are several smaller stages that fit arbitrarily within these stages, regardless of age. Perhaps most prominent and widespread is the stage where you wore black and listened to metal and were mad that your mother wouldn’t let you dye your hair.

In my experience, many people go through an “atheist” stage. It makes sense to question one’s beliefs now and then, but that’s not what I mean. I’m not talking about a healthy time spent in philosophical thought, I’m talking about those three or four months when people turn into super atheists.

I went through it, as did many of my friends. Thankfully, I grew out of it, and even retracted many of my atheistic ideas, settling on a firm stance of “I don’t know.” Now, I like to learn about and explore all types of religion, but in my atheist stage I couldn’t stand it.

There’s also, for the younger generation especially, the Social Justice stage. This one has always been around, but it’s especially spread with the advent of social media. Whether they’re called social justice warriors or tumblerinas or whatever, many people go through a time where political correctness and open mindedness are their top priority.

Are people who are like this bad? No. Can these things be stages? Absolutely. I went through both. The best part about these stages is that you tend to get highly invested in them, and then they fade away, leaving only a small mark on you. I’m glad my stages happened, because now I have a wider lens with which to look at the world.

They’re not bad things at all. I had a healthy eating stage, and a reality tv stage. I had a Buddhism stage, an anti-Kindle stage followed by an e-book stage, an all-natural stage, a gym rat stage, a musical stage, and numerous stages where I questioned my political standing, sexuality, job goals, relationships, and general future. And all of these stages, these short-lived obsessions, affected me positively afterward in one way or another.

I love when I can recognize someone in a stage that I had already passed through. Oh, you’re in the stage where you think any song released after 1970 is crap. Been there. And look, that’s the stage where wearing sweatpants every day didn’t feel gross. I…kind of wish I was still in that one.

It’s sometimes said that people can’t change. How wrong that is. Stages are proof that people change. We try on different hats to see which fits best. We get to choose different facets of our personality and change how we are seen by the world. That’s amazing!

It’s hard, when you’re in a stage, to tell if it’s a stage or not. Is blogging a stage, for me? Is sign language, is biking? I suppose any new interest could be a stage. Alternately, it could become a permanent part of you. The best part of life is its uncertainty. Embrace uncertainty, and embrace your stages with reckless enthusiasm.

Better to have several hats you don’t wear anymore than no hats at all. 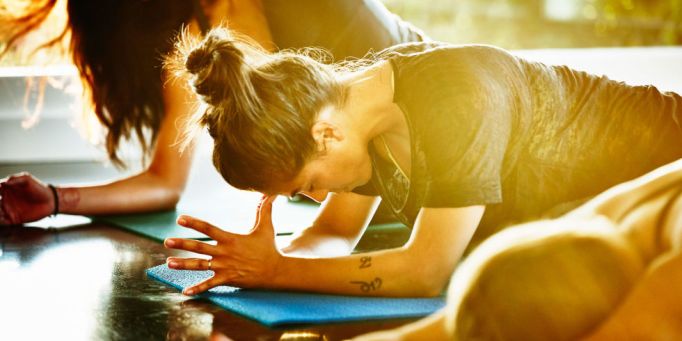 Being sick isn’t fun, but it isn’t all bad. I’ve had a sore throat for the past few days, and because of it I’ve felt rather groggy and low energy. However, it did allow me some time to spend on myself. I’ve found meditation easier when sniffling.

It’s funny—I spend the majority of the day alone, but it’s still not enough to satisfy my introvertedness. I spend 2-3 hours each day in my car, and about 8 in the office in my private cubicle. Add in the 6-8 hours of sleep and that only leaves about 6 hours a day where I can be around people, and even then I often opt to spend some of it alone.

It’s not so much the amount of time I spend alone, but the quality of that time. At work, I’m often busy on the phone or dealing with something else—my mind, as it should be, is on the work. Sleeping barely counts, and those precious 6 free hours are often spent doing something that keeps my mind off myself. The car is nice, but I’ve taken to podcasts. With constant information everywhere, “alone” doesn’t feel like it used to.

While I’m sick, I need to focus more on how I’m feeling. I have to take care of myself more than usual. I choose more comfortable clothes, with layers in case I get too hot or cold. I have to pack tissues and cough drops, and make myself tea.

Being sick basically forces you to be more mindful. Am I feeling worse, or better? What needs help? I’ve done more “body scans” in the past few days than I have nearly ever, and it’s because it both helps me care for myself and helps me stay centered. 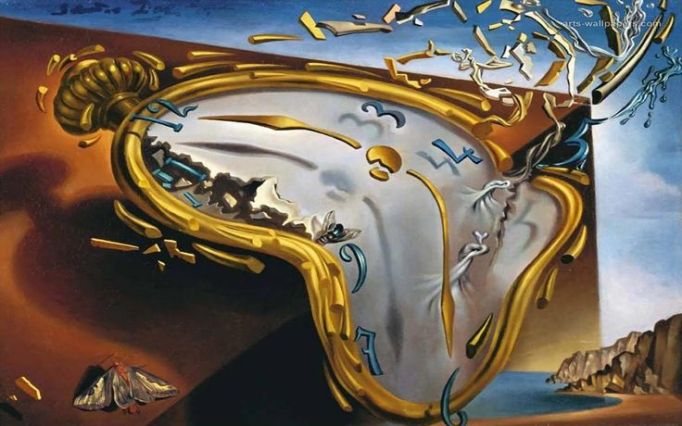 A teacher once told me that in high school, every class lasts forever, but the years fly by. It’s so true. Same thing happens in college—the weeks last a lifetime, but the semesters fall between your fingers like dropped coins. Coins worth $40,000, perhaps, but coins nonetheless.

And now—when it’s nighttime, it feels like the day flew by, but at work each hour lasts a week. And now—with less than a month left before my boyfriend returns from his semester in Mexico, each week feels like a month, and this last month feels like a year.

It’s sad that each night is joyful because it’s another day I can cross off on a calendar. But it’s also motivation to make the future better than it is now. To make the future’s grass the vibrant green I hope it will be.

Sometimes it feel like I’m passing through life on a subway, looking out the window. Like I’m going through it passively, doing what I’m meant to do, arriving on time, trying to interfere with the clockwork world as little as possible. I wish I tore through my days like a motorcycle slicing through the wind. I wish I devoured every second with insatiable hunger, but life isn’t like that.

I’ve been thinking a lot lately about how stories function, in preparation for my A-Z Challenge in April. Stories, by definition, have a beginning and an end. They are satisfying. Even stories that are unsatisfying are satisfying in how they leave you wanting more. Life isn’t like a story. Life doesn’t follow the rules of literature.

In life, people die in the middle of their plots. Plots begin and end without pomp and circumstance. Lives do the same. A life never ends with a marriage or a promotion or a vacation or a graduation, it just keeps on going, and going, and going, until a random moment in time when it doesn’t.

Life doesn’t follow a plot structure, and that’s why it’s often uninteresting. Regardless, we must push on, through day-long years and year-long days. In the end, it’s all worth it.

My cousin is now two months old, which means my godmotherliness is two months old as well. It’s strange being a godmother, because it’s extremely…not strange at all. Nothing changes for me, or for my godson. It affects only who’s in his baptism pictures. And yet, it feels like there should be more to it.

My godmother took me on an amazing trip after I graduated high school. We went white water rafting down the Grand Canyon, and spent a few days in Vegas as well. She’s always been in my life, as a very close person to me. It helps that she’s my aunt as well.

I’m just Joseph’s cousin. Sure, I’m nearly 20 years older than he is, but I don’t have Aunt status. What does my lowly godmother status even mean, for any of us?

Even so, I decided not to take it lightly. People can benefit a lot from parent-like influences from non-parent sources. I already love his two older brothers with all my heart, and even though he’s an infant and all infants are basically the same, I love him too.

I decided to keep a little notebook for him. I’m writing to him daily about just, whatever. Maybe I’ll give it to him when he graduates if I can’t afford to take him to the Grand Canyon and all. Maybe I’ll do it for another few months and forget it. I guess we’ll just wait and see.

It’s February, and people have given up on their resolutions. What makes us do things? What gives us the energy to change something in our everyday lives? How do we make something a habit? These are all questions I hope to address in my own life. With my boyfriend in Mexico and a crazy –hectic work schedule, I’m trying to figure out a way to organize my life so I have ample time to write, practice music, read, and study, but even without the extra stuff I’ve barely time to sleep.

The other question here is, how much is too much? I thought work and class would be too much…it’s a lot, but it’s not too much. So now, with my time, I feel like I need to fill it with enriching myself. I was talking about this coming summer, and how it will be difficult to find a good internship since my current one lasts until June, and most summer internships start in June. My mom suggested I take a break. The thought had never occurred to me. Take a break? But I have a future to build…a break?

It sounded better and better the more I thought about it, but also more and more frivolous. A break? I could work on my internet presence, this blog thing I’m trying to get going. I could write, I could follow my boyfriend wherever his internship takes him, I could spend time with the aforementioned godson. Submit to literary magazines. I could even like, do nothing.

So, summer and godmotherliness combine into one: what do we do with these open concepts? Nothing, or everything? Fill them with meaning, or let them collapse into what they are present-day? Do I put all my energy into something people expect me to do nothing with, or make something out of it?

There are pros and cons to both. I will probably do what I believe is always best in any given situation—find balance. I can be a godmother without being a mother, and I can have a productive summer without doing everything (or nothing). Balance, I believe, is the key.